Posted on 2/1/2017 by parkwestgallery in Uncategorized 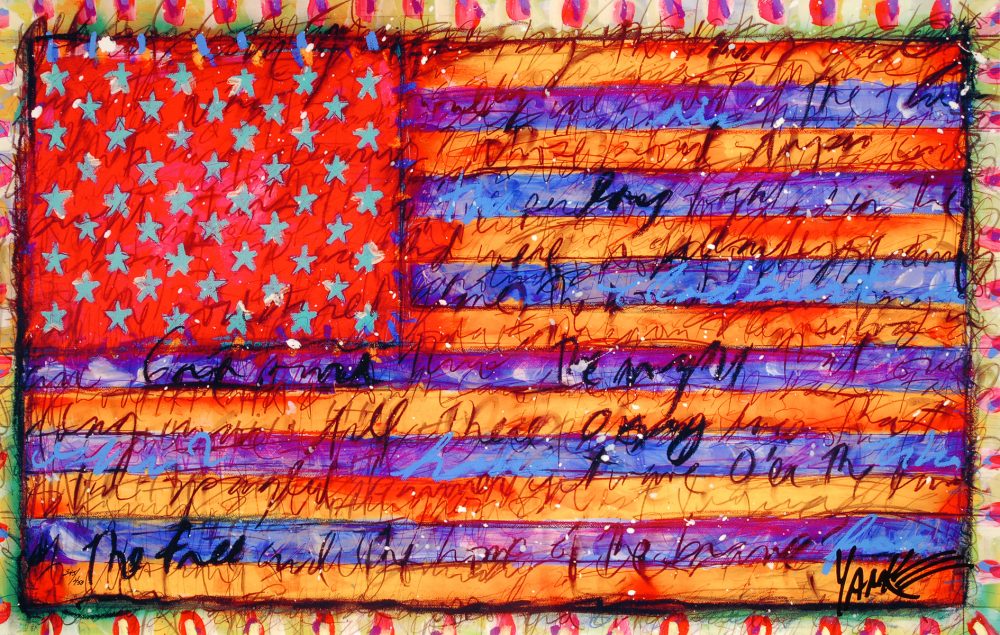 It has been proven that exposing students to art is beneficial, but curriculum and resources don’t always allow schools to teach the arts.

That is why a Park West Gallery VIP collector and school librarian is sharing her love of art with her students through the artwork of Tim Yanke.

Trinity J. works as an elementary school librarian. She and her husband, Justin, have collected art for four years with Park West Gallery, starting with a work by Yanke. Despite the school’s small size of about only 400 students, Trinity is concerned not enough resources go toward art education.

“Exposing students to art allows them to discover their own passions,” Trinity says.

To introduce art in the library, Trinity and her husband decided to indefinitely loan the school a “Yanke Doodle” and two “Dragonfly” works by Yanke. The couple also loaned two mixed media works from Peter Max’s 9/11 suite and a seriolithograph titled “Play that Horn” by Anatole Krasnyansky. 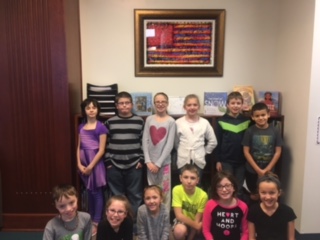 “Artwork conveys creativity and emotion. It encourages individuality,” Trinity says. “It allows the viewer to experience it in his own perspective, which leads to conversations about opinions.”

Using “Yanke Doodle” as an example, Trinity has explained the dye sublimation technique to the students. There is also a third-grade class that recreates works of art using grids, and may use one of Yanke’s works for a future project.

“With the ‘Yanke Doodle,’ students are fascinated by the words on the flag. The older students quickly discover it’s the ‘Star Spangled Banner,’ which they think is awesome,” she says. “The dragonflies were hung just this week. So far, the girls love the theme and the boys love that it’s ‘3D.’ Most students just stand in front of them moving back and forth exclaiming about how it moves.”

Yanke says he loves that his art hangs in thousands of homes around the world, but to know that his art is hanging in a school library “is more than an honor.”

“To be in an American institution where knowledge and discoveries and information are the focus of that room, and they felt they would like to display my artwork in that room is very cool,” Yanke says. 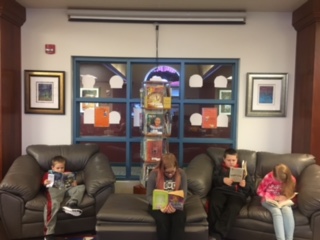